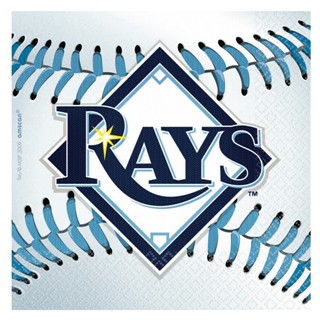 Spring training is almost here!!! Makes me both happy and sad. Happy because it also means spring! It also means summer and (hopefully) warmer weather will be following soon. But it makes me sad because this will be year #2 without my Rays 🙁

Baseball is my sport. Well rugby too but that’s for another time. Growing up in S. CA, I was always a Dodgers fan. I remember them going to and winning the World Series in 1981. Ron Cey, Steve Garvey. Steve Sax. Steve Yeager. Mike Scioscia. Dusty Baker (who just happened to be from my S. CA. home town!).  What a freakin’ awesome team they were! I was young though and there was no way my parents would drive me into LA to watch baseball. The only time I got to see them play live was went I went with the Junior High and High School bands for Band Night. (And one time, at band camp…)

When I moved to Florida, it was awesome because the Rays stadium was a quick 20 minute drive from my house. I went to sporadic games for the first 2 years after moving to FL then I purchased a season ticket package. 22 games: all Saturday games and then miscellaneous Mon, Tues, or Weds games to add up to the 22.  The seats I got were great! Even though they were 3rd level, the field was not that far away. They sat at first base and were behind the TV cameras. The cool thing about that was they camera men had TVs set up so we could watch replays that you didn’t see on the big screen.

Love DJ Kitty 🙂 The male cat I had looks a lot like him. It’s a fun mascot to have a long with the regular Rays one, Raymond.

Probably the worst thing about the Rays is the fact they lose so many good players every year. Matt Garza, Scott Kazmir, Carl Crawford, Carlos Pena… the list just goes on. They have one of the 5 lowest payrolls in baseball. Yet, they still manage to beat the Stank… I mean the Yankees and the Red Sux… err… Red Sox 😉 Joe Maddon knows how to pick young talent that’s for darn sure! They did manage to keep Evan Longoria by signing him to a 10 year contract. And David Price (Cy Young award winner!) will be hanging around for at least the 2013 season.

I did actually get to see the Rays play one game live last year. It was against the Seattle Mariners. Not only did the Rays FREAKIN’ lose against them. They got their asses handed to them. AND handed to them on a PERFECT GAME platter 🙁 Now, had I just been there for baseball, it would have been awesome! I mean how many people can say they were in attendance when a pitcher threw a perfect game? Only 23 perfect games have been thrown in baseball history. So it’s a rare thing indeed to witness. But it’s never fun when it happens against your team. Even more unfortunate is that The Rays have had 2 other perfect games thrown against them: 2009 – White Sox and 2010 – A’s. 3 in 4 years. The Dodgers and the White Sox each have had 2 thrown against them but they’ve been around for a long time. The Rays have only been around since 1998. Oh, well, it any case I can still say I was there I just don’t have to say which team I was rooting for 😀