Before I made a promise not to click on any more IMDB links 😉 , I clicked one from Scott Levy’s resume for “Demon Under Glass”. Filmed in 2002, it is a low-budget vampire flick. I’m good with low budget, though. Especially if it means no sparkling vampires and actors who can show more than one expression on their face. This movie happily satisfied both of those.

The happy little town the story is set in is not so happy. Someone had been on a killing spree targeting hookers. Due to the nature of the killings, the police have nicknamed the killer “Vlad”. What the LEO’s don’t know is how accurate that name is. But the feds do. They swoop in during a sting operation to nab the serial killer. They have plans for him. They want to study him. He is a vampire, Simon Molinar.

In the course of getting caught, Simon kills the lead MD for the project. This, quite possibly, is a very good thing for him. The replacement the project group acquires, Dr. Simon McKay, sees Simon as more than just a monster, a killer. Dr. McKay’s morals keep him torn between being sympathetic of Simon’s pain, suffering, and treatment during the experiments and knowing Simon is a killer, possibly deserving of what’s being done. Dr. McKay is the only one of the group suffering from this dilemma. He warns and apologizes to Simon when the leaders of the project decide they want to break his arm to see how it heals.

Dr. McKay warns Simon, too, that when the project ends, the group plans to destroy him. This revelation prompts Simon to plot his, ultimately successful, escape.

Overall, this was a good movie. Not your normal, vampires kill everything in sight, movie. It had that underlying question of the morality of experimenting on a what was once a human. Jason Carter did a great job with giving the viewer the feeling of being sympathetic to Simon and what was being done to him. Yet, he still showed that hint of evil that comes with being a vampire.

Scott played Captain Steubbins, the Marine in charge of security for the people involved in the project. Much of the movie, the good Captain diligently stands guard, making sure no one gets hurt. I’d bet keeping a straight and serious face can be just as hard as anything else at times. Scott does have several, good scenes. By far, my favorite takes place during a meeting of the people involved in the project. Now, keep in mind this is a serious movie. Aside from a few one-liners from Dr. McKay, there is very little humour.

The project group are all sitting around a table giving their reports about what they have uncovered to the head honcho. With the exception of Steubbins (who is a Marine), the group is made up of scientists, Dr. McKay, and a nurse. They all follow scientific protocols when doing their research/experiments and report those facts in a wash of scientific and medical jargon. Then Steubbins is asked for security’s report. His group has been finding out what Simon’s weaknesses are. They discovered crosses have no effect. So Dr. McKay asks about garlic, another standard in anti-vampire lore. Cut to Steubbins stuffing his face with garlic loaded food. Then another cut. He walks up to Simon and lets out a big belch! LOL! This scene only lasts 3-4 seconds. It goes so fast so I had to rewind it to make sure I saw/heard it right. Cracks me up every time! 😀

Anyway, that is about as an unscientific approach as you can get. Steubbins is not a scientist, and given his role as head of security, probably has had little scientific training. He achieved the desired result though, as well as some laughs. For me, this scene begs the question: ADR, sound effect, or just a lot of carbonated takes? 😉 If I find out, I’ll add the answer.

Scott’s other, larger scene as Steubbins occurs toward the end of the film. Still struggling over the morality of what he is doing, Dr. McKay asks Steubbins what he thinks of Simon. Steubbins doesn’t quite understand what the doctor is asking. His opinion of Simon has no bearing on anything. He’s doing as he’s been told. Dr. McKay then asks if Steubbins’ thinks he’s evil. Steubbins replies that he does and would normally kill Simon in a heartbeat. No hesitation at all in the reply. His tone through the entire conversation is very matter of fact. It needs to be. It proves to Dr. McKay that he is the only one who seems to have reservations about what is being and will be done to Simon.

Scott’s portrayal of Steubbins is just as it needs to be, serious and focused. More importantly, the inflection.tone of his voice matches posture and facial expressions. I’ve seen many movies where actors do not mesh the two. It ruins the character. The exception to the seriousness, of course, being the whole belching scene which provides the much needed comic relief for the movie 🙂

Oh, if you watch the movie on Amazon Instant, wait for the bloopers. Good stuff! Though now, everytime I watch the scene of Scott/Steubbins leading the charge up the stairs to get Simon, I chuckle. I shouldn’t because I’ve stumbled up stairs just walking… and sober, LOL! But I do 😉

And for your viewing enjoyment, screen caps of Scott from the movie. 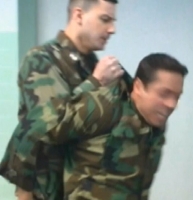 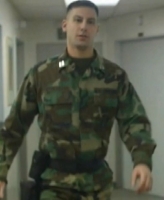 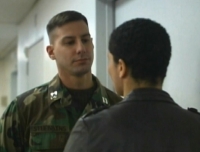 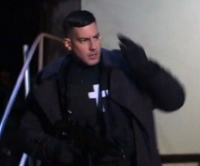 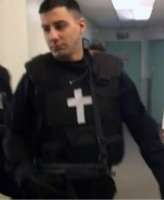 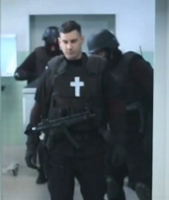 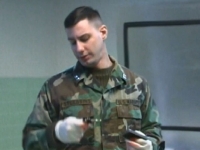 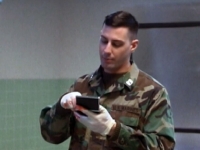 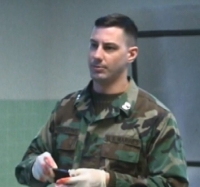 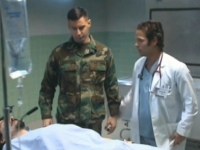 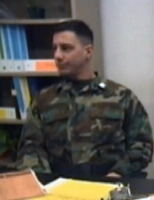 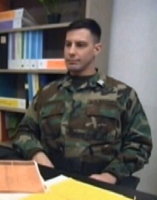 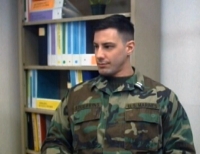 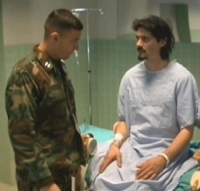 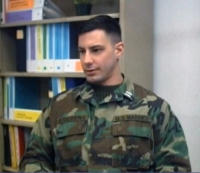 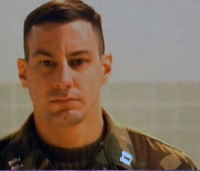 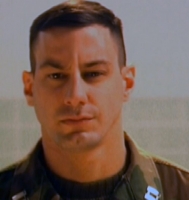 One thought on “Demon Under Glass – Review”