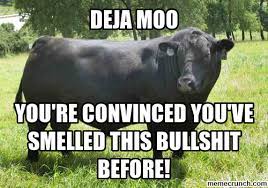 Seriously… the last time I blogged was in November of last year and the bullshit caused by the selfishness of people over COVID is still happening.

We have a vaccine now but OMG! Thanks to our previous national government and the GOP, people won’t take it. Like, they’ve never been required to get a vaccine before.  The “my body, my choice” bullshit that doesn’t apply because it’s not just YOUR body when it comes to infectious diseases. And gods forbid, they wear a mask! “If your mask works, why do I have to wear one?” Well, dumbfuck, MY mask protects YOU! Seriously… it’s the same shit for 18 months or so now. Oh and thanks to those selfish people, we now have variants of COVID that are learning how to avoid the antibodies created by the vaccine. I have a hard time feeling any sympathy for people who refused the vaccine and are in the hospital with it. I do feel for the people who have done the right things (got the vaccine and been wearing a mask) and, thanks to the variants, still got infected. Those numbers are super, super low though, which is a good thing. Far, far less than people hospitalized who are not vaccinated. I feel extremely sorry for those who can’t get the vaccine for legitimate medical reasons and now feel trapped in their house. Or maybe it should be still trapped in their house.

Alright, in other more pleasant news… I have a baby horse!! Well I co-own her but still. She will be 3 months in September. Her name is Dolce and she is the most adorable chromed chestnut ever! My niece and I bred Magic to a gorgeous black barrel stud name “Judge My Class”. Man, those two outdid themselves with her.

My niece will train her up to be a barrel horse and, given the athleticism she has already shown, she’s gonna kick ass! We tried to breed Magic again this year but she didn’t take so maybe next year we will give it another go. It’s an expensive thing to do. Lots of vet bill and fees so just have to see where we’re at next year.

Let’s see… other good news. I bought a new Wrangler. It is the first PHEV that Jeep produced for the US. They were going to release a PHEV Renegade but then COVID shut Italy down so it and the Compass only got released in Europe. On Jan 2nd I ordered a Sarge Green Sahara. It finally landed in Seattle in the middle of April but it sat in the rail yard forever so I brought a much nicer (i.e. more $$) Chief Blue Rubicon with a lot more bells and whistles except one of the 3 I really wanted… proximity entry. But I’m surviving, LOL! It’s nice and a lot cheaper to not have to full up with gas. I think since I picked it up on 4/24, I’ve put 1 1/2 tanks in it, not including the one I got from dealer. And that’s only because I was making trips to Seattle for rugby and Port Orchard to see Dolce. It gets about 25 miles per charge, which is perfect for commuting and running errands. It looks a little different now than the pic below because I have the black Bestop Sunrider and Ace Engineering rock sliders on it. 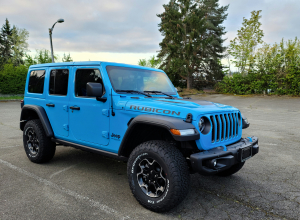 Graduate school news. I applied and was accepted to the Project Dragonfly program but after the first class, I realized it was not heading down the road I wanted. It was geared more towards people who were looking to go into formal or informal education for conservation. So I found another program. It’s all online but each class is 8 weeks so I can take one class at a time and still qualify for financial aid. It is an actual MS in Wildlife Conservation as opposed to the MA in Biology that Project Dragonfly offered. I start at the end of October so hopefully this one goes good.

Travel news. Well my UK trip was bust this year, too (see the first paragraph for why), so I’ve instead planned some mini-weekend trips. I’m still anxious because of having to travel but trying to my anxiety in check. I’ve got trips to AZ (girls weekend), DC (All Blacks rugby), and TX (UGH for so many reasons and not one of them being the weather). But TX is to finally meet Aleks, who I’ve know for 9-10 years but have yet to meet. So he will owe me more than just drinks, hugs, and tissue, LOL! DC will be super cool because I will finally get to see the All Blacks play! Sorry USA Rugby Eagles… I’ll be sporting my AB gear to the game. Though, in all honestly, I won’t care who wins but pretty sure the ABs will.

Speaking of rugby, we actually got to have the 2021 season of the MLR! It was very limited at first. Then, if you were vaccinated, you had more options to get tickets. Finally, it was just opened back up to everyone. The Seawolves… well, I can say they didn’t finish last! But as we all suspected when Gilcrest created the LA team, the MLR Championship Shield was bought by him for the LA Giltinis (WTF with that name though???). He brought in players who play at a level way above what the MLR plays at. How he got around the salary cap and other restrictions, and why the MLR let him, is beyond me. Well not really because we know it all boils down to $$$. It just makes the league… not exciting. It’s like going to a baseball game between an MLB team and a high school team. It’s pretty obvious who will win. On the plus side, the Seawolves finally have a good coach! It took until the last 1/4 of the season but Clarke really brought the team back to how they were back in 2018 & 2019. So I’m excited to see what happens next year. Lots of new faces though. We had a few retire, a few went elsewhere. The guys we brought in though are good and once the team completely meshes together, we should do good.

Well, I guess that’s all for now. Maybe it won’t be another 10 months before I blog again. Or maybe it will. Who knows.