When I returned from my UK vacation in 2016, I had this brilliant idea to get a degree in wildlife conservation. I was so impressed with everything people were doing at the Jersey Zoo, and a bit burnt out with my current career, I knew I needed a change. And it really hit me when Maddie, one of the keepers, posted a picture of her walking through some grass with lemurs following behind. The post read: I can’t believe they pay me to do this.

That’s what I wanted. A job where I’d be happy even if they didn’t pay me.

So I did some digging and found an online course for a bachelor’s degree. I couldn’t do brick and mortar schools because there was only one near me and they offered nothing. I had to keep working because, as a 48 year old adult, I had bills and shit. Yes, at 48 years old, I started school again. It would either turn out to be a step of sheer brilliance or something I should have been committed for.

I took out more student loans and off to school I went. I had to take some general education classes like history and literature which, to me, was utterly ridiculous when I already had one bachelor’s. But then I also took some very interesting classes directly relating to wildlife conservation and management. It was a 3 1/2 year process that at times drove me to tears, especially with the way they handled tests. Or not so much handled but the technology they used to administer them, especially when it came to chemistry and statistics and you have to write out step by step solutions of formulas under a time limit in a box designed for text.

About a year into the process, after I had all my courses mapped out, they decided to change the pre-requisites for 2 of the class I really needed: mammalogy and ornithology. The class I had already take to originally fill the requirement no longer was accepted. I would have had to take 2 more classes in order to meet the pre-requisites. And because they were “electives” I was not grandfathered in. That limited the jobs to which I can apply. I was pissed and let them know it. 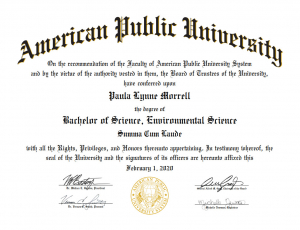 Just in time for COVID to hit and effectively ban all travel. It also closed the few places I could go to get experience. Apparently, most jobs expect you to take unpaid volunteer and internships for a year or two once you graduate. There are some paid internship but they only pay $150-$200 a week. That’s nowhere near enough to pay my bills. It’s not even enough to pay rent or my car and insurance. I had hoped to pull some strings at the Jersey Zoo this year when I went… but yeah… COVID. Is that considered a 4-letter word yet?? Cause it should be.

It’s eight months later. COVID is still an issue and I still have no experience. I’ve pretty much just wasted a lot of money. I keep trying to take inexpensive classes online but that’s not what I need. I need hands on. I’ve even considered going for my master’s but if I did, I want to go to a program overseas. And of course, there are issues with that. Like not being able to work because I am a US citizen. I need to be able to work to support myself while I get my masters. Unless I get enough in student loans (again) to do all that. That’s a scary idea considering how much I already owe.

I’m just at a loss for what to do now.