Hitch isn’t my normal go to movie. I basically got it for one reason: Jack Hartnett. Having worked with him, I was curious to see some something else he had been in and this was the quickest and easiest to get my hands on. I’ve done the same thing for others, like Scott Levy, so he’s in good company 🙂

Hitch is a 2005 movie starring Eva Mendes, Will Smith, and Kevin James. I remember when it came out but as I’m not a fan of Kevin James, it was not high on my list of movies to see. I also have to be in the right mood to see romantic comedies/chick flicks. Granted it’s not totally a chick flick but I kinda lump it into that category. Basic premise is that Hitch, played by Will Smith, is a dating consultant who helps guys get out of their own way when it comes to women. Kevin James’ character, Albert, hires him to help get the attention of a beautiful and wealthy woman for whom Albert works. In the process, Hitch meets Sara and gets his own schooling in the whole relationship process.

It’s not a bad movie. Quite funny at times, albeit predictable in the whole average looking guy wants and gets pretty girl scenario. Jack’s character Tom, comes in at the end as Hitch finally realizes hes screwed up and wants Sara back. At Sara’s apartment, we see Tom coming out with a bag and it appears Sara has found someone else. Undaunted, Hitch chases after them even jumping on the roof of the car as Sara tries, not very well, to drive the stick shift car away. A quick slam on the breaks, Hitch rolls off the roof and hits the pavement. Down but not out, he confesses his love for Sara. Awwwww…. and we find out Tom is actually Sara’s sister’s husband. And everyone lives happily ever after.

Although Jack’s appearance was brief, it was enjoyable. Great facial expressions that say Hitch is comically insane in his actions to get Sara back. Being 8 years ago, Jack’s obviously a bit younger looking, with longer hair and not as deep of a voice. Personally, I like his look now, shorter hair, a bit of scruff/5 o’clock shadow, and the deeper voice 🙂

Enjoy a handful of screen caps of Jack from the movie. 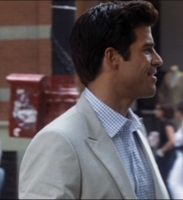 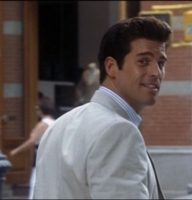 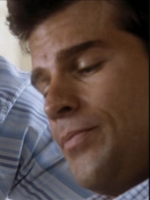 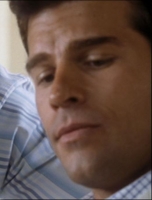 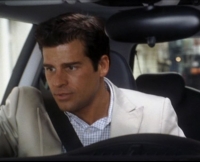 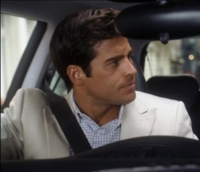 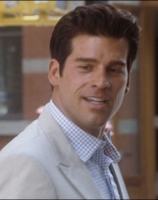