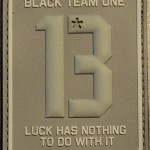 Hanger at Ascent Aviation where we filmed. This was not the plane we used. The plane we used was sitting on a concrete pad with a bunch of other waiting to be scrapped.

Cockpit of the Airbus 757 we used.

Looking out the main door. Tucson airport is over the fence.

The center door on the right side of planing looking at another plane that has started the scrapping process.

Looking from the cockpit door down the aisle.

First class back to coach.

After filming, Mikal and I discussed what we thought the clouds were. The bottom one we agreed was an ant. The top one looks a bit like a scorpion. Appropriate for AZ considering there are lots of both.

Chris (another donor to the cause), Mark Golden (play Golden in the series), Frank, & Cindy.

Packing up after filming.

Never go anywhere without toilet paper. Including filming on a defunct airplane.

Jon taking pics of the guys goofing around.

We really are trying to line up for pictures.

Left to right: Chris, Chuck, Cindy, Golden, Mikal, me, Frank, & Max. Jon is taking the pictures. Chuck and Cindy are the proprietors of Ascent Aviation.

Black Team One patch. Luck has nothing to do with it.