While I was in AZ filming my part in Black The Web Series, I visited the Mission San Xavier. Very beautiful place. Amazing and a bit awe-inspiring to be standing in something that’s almost 300 years old. Can’t imagine what it’d be like to be in something that’s a thousand years old or more.

The Mission San Xavier is about 15 minutes west of the Tuscon airport. The first incarnation of the church was started by a Jesuit priest name Fr. Kino in 1700 after visiting the village of Wa:k in 1692 in what was then New Spain. Only the foundations of that church were ever built as Fr. Kino died in 1711. A second Jesuit priest, Fr. Alonso Espinosa, constructed the first full church in 1756. In 1767, all the Jesuits were expelled from New Spain. The Franciscans arrived in 1768 and began construction of the current church in 1783. In 1797, San Xavier was completed. The mission survived not only a 7.2 earthquake in 1887 but also having the west tower struct by lightning in 1939. It is still an active mission with a school, 4 priests (2 retired) living on the grounds, and mass/services held regularly. Restoration and preservation efforts have been on going since 1953. The West tower was completed in 2009 at a cost of $5 million. The East tower has undergone $2 million in repairs so far and is still in need of another $2 million.

For more information, you can visit their website at: http://www.sanxaviermission.org/ 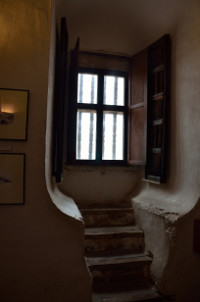 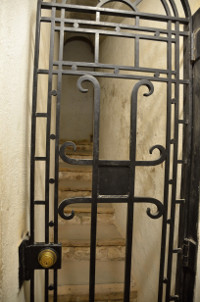