It’s hard to believe 2013 is almost over. It’s been a weird year to say the least. Not a bad year. Definitely better than 2012. Just weird. And I’m not even sure I can explain it’s weirdness.

I accomplished a couple of things I am quite proud of. Losing weight is one of the big ones. Though I am struggling to keep motivated to go to the gym because I haven’t lost any more and I’m barely keeping off what I did lose. I hate to think I am relegated to having to go 4-5 times a week or risk it all coming back. I also need to try something new. I keep wanting to the kickboxing but there is no beginning class. You’re just thrown into a class of like 40-50 people. No sure that’d be really helpful for someone who has never done it before. There’s only one bag boxing class at some weird hour on the weekend. Once a week isn’t going to be really helpful either. So not quite sure how this is going to work in the new year.

My other big thing was, of course, the movie I was in: Sovereign. It’s still in editing but my friend has see a rough cut and said I did a great job. I will leave that to his expert opinion, LOL! My character still doesn’t have a name in the IMDB listing, which is kinda funny. I’ll have to ask about that. Maybe they just need some suggestions. That was such an incredible and incredibly fun experience that makes me really wish I had followed my heart all those years ago and went into movie/TV production. Not as an actress but as a writer/director/producer. You can read more about my adventure by clicking on this link. While working on the movie itself was awesome, I think the most awesome thing was all the great people I got to meet and hangout with 🙂 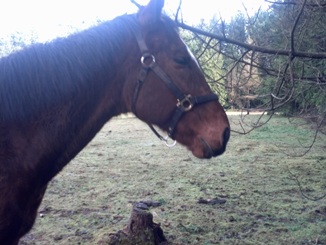 Even though I got him last year and recently sold him this year (for reasons many of which I will  not delve into here), it was sort of an accomplishment to own and ride my very first horse, Bodie. He was an OTTT (Off The Track Thoroughbred) and really a good horse. Had a great time learning all the Western games on him, like barrels, poles, Cal-Stake, etc. Though I think he learned much better and quicker than I did. I don’t think our personalities really meshed and I was a sloppy, much more novice rider than I cared to admit. While he was forgiving in many aspects of that, I would frustrate him trying to figure out how to get him to do what I wanted and I was pretty sure he already knew how to do. My niece helped and gave me lessons for awhile but then our schedules didn’t mesh and I was left to flounder on my own, frustrating both me and him.  So it was probably for the best that I found him a new home. I miss him and miss being able ride but I’ll adjust… eventually.

Not an accomplishment just the one thing I will never adjust to, is my mom being gone. Again, it happened last year but it still just doesn’t seem real. I picked the weekend of her birthday this year to film the movie because if she was here, I know how thrilled she’d have been. In fact, I probably would have brought her along with me. But life didn’t work out that way. I hope if there is an afterlife, and she is watching, she knows she was always on my mind that weekend. Well she’s always on my mind but that weekend was different. This holiday season isn’t much different than last. It’s still hard to go through and do all the things I would normally have done with her. I still fight off the massive episodes of “bah humbug” were I just want to run away and hide. I keep getting told that she wouldn’t want me to, that she’d want me to enjoy the holidays but sometimes I just don’t want to. I’d be even more inclined not to if my great niece and nephew weren’t around. I’m sure things will change as time goes on. Maybe I’ll be more in the holiday spirit next year. Or maybe next year will be the year I go to Tahiti or someplace exotic for the holidays 🙂